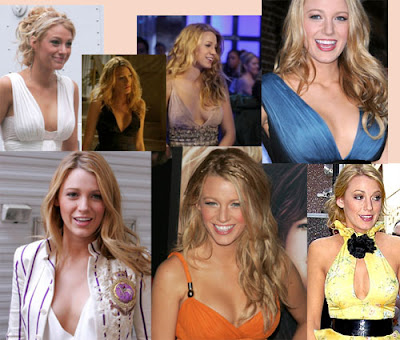 And I'm not even starting on how awesome CHUCK BASS is.
Posted by Maggie at 11:15 AM 1 comment:
Labels: awesome, Gossip Girl, tv

On Saturday, I felt a bit like dear Bridget when the neighborhood women and I gathered to ooh and ahh over the newest baby on the street. Cameron's mom got married in her late 30s after a marathon of internet dating, and then needed fertility intervention to have her two kids. The other women, moms all, got married very young and had less than no trouble getting pregnant (more like trouble preventing their pregnancies).

The Young Moms swooned over the baby. Then they started joking about how their ovaries hurt, and speculating on the baby boom that Cameron's arrival would trigger in the neighborhood. Because, you see, everyone can have babies, right? Why, certainly, no one in that very room has had trouble getting pregnant, right? Definitely not half the women in the room at that very moment, RIGHT?!?!

On the verge of tears, I got up to leave. Cameron's mom saw the look on my face and quickly tried to change the subject to something more encouraging and less... insensitive.

"Maggie, I meant to tell you! Remember my friend Camille, the one who had her son by insemination? She's engaged!"

Apparently this friend of hers, who had a child on her own three years ago when she was 39, has been swept up in a whirlwind romance with a 35-year-old she met through work. He loves her, he loves her son, the son is already calling him "Dad," and they're getting married in May.

At which point the traditionally more cluelessly insulting (truly, I don't think she means to be hurtful, I think she's just an idiot) Young Mom chimed in:
"Ooh, it's like some urban myth from Sex and the City; you always hear about women who get married in their 30s but you know they don't really exist. But now you actually know one, so maybe there is hope after all!"

I left. Cam's mom left with me, and let me have a good cry on the sidewalk before I went home. Seriously, it's like a scene from Bridget Jones, where the Smug Marrieds treat us like a different species or something.

Maybe I need more "Sex and the City" after all, and less Bridget. Certainly New York Magazine thinks this is a fine time for Singletons in New York.

Hmm, and George wants to see a movie tonight, how interesting....

(Also, the Captain checked in on me last night, but that has nothing whatsoever to do with marriage and babies, in any order.)
Posted by Maggie at 3:55 PM 3 comments:
Labels: aging, boys, Captain, evil, love, motherhood, NYMag, Somerville, suck

How the city hurts your brain - Boston.com

Plant yourself a window box, or better yet, take a walk.
Posted by Maggie at 5:05 PM No comments:

At least he's getting paid

I can't believe Eliot Spitzer is writing for Slate, and that's not big news, somehow.
Posted by Maggie at 4:53 PM No comments:

Say it ain't so, Gio

I refuse to believe that this piece of gossip about my beloved husband Giorgio is even vaguely true -- even if it did come from my beloved BANG! Showbiz gossip feed:

Paris Hilton is reportedly dating George Clooney.
The socialite fueled speculation of a romance after recently enjoying an “intimate” evening with the ‘Burn After Reading’ star at the Whiskey Bar at the Sunset Marquis hotel in Hollywood, according to Life and Style Weekly magazine.
A source said: “Paris and George sat and talked together for ages. They didn’t seem to be aware of anyone else in the room.”
The following evening, Paris, 27, was seen sitting beside 47-year-old George at a dinner at a Hollywood restaurant, with other guests including director Ridley Scott and Brittany Flickinger, winner of ‘Paris Hilton’s My New BFF’ show.

Posted by Maggie at 4:39 PM No comments:
Labels: Husband
Newer Posts Older Posts Home
Subscribe to: Posts (Atom)
Overheard: I'm like the Chrysler Building; I'm so underrated! But I'm not like the Empire State Building. I don't want you in me, I just want you to look at me from afar.